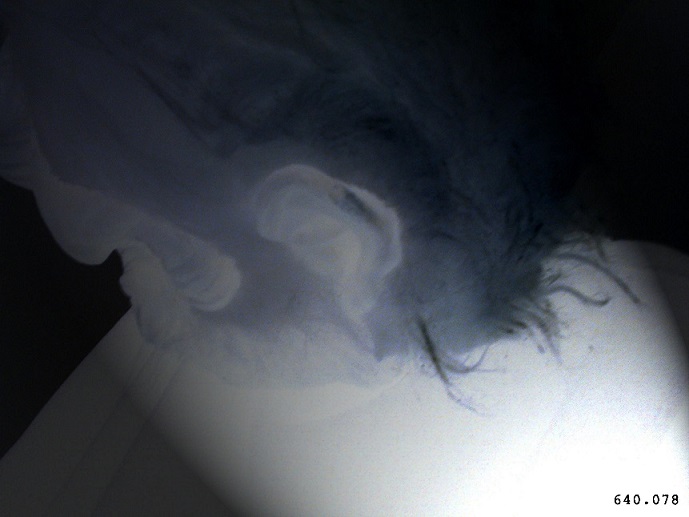 The demon took apart his life, moment by moment, instant to awful instant. It lasted a hundred years, perhaps, or a thousand – they had all the time there ever was, in that gray room – and toward the end he realized that the demon had been right. The physical torture had been kinder.

And once it had ended, it began again. there was a self-knowledge there he had not had the first time, which somehow made everything worse.

Now, as he spoke, he hated himself. there were no lies, no evasions, no room for anything except the pain and the anger.

He spoke. He no longer wept. And when he finished, a thousand years later, he prayer that now the demon would go to the wall, and bring down the skinning knife, or the choke-pear, or the screws.

He began to scream. He screamed for a long time.

“Again,” said the demon, when he was done, as if nothing had been said.

It was like peeling an onion. This time through his life he learned about consequences. He learned the results of things he had done; things he had been blind to as he did them; the way he had hurt the world; the damage he had done to people he had never known, or met, or encountered. It was the hardest lesson yet.

He crouched on the floor, beside the brazier, rocking gently, his eyes closed, and he told the story of his life, re-experiencing it as he told it, from birth to death, changing nothing, leaving nothing out, facing everything. He opened his heart.

When he was done, he sat there, eyes closed, waiting for the voice to say, “Again,” but nothing was said. He opened his eyes.

Slowly, he stood up. He was alone.

At the far end of the room, there was a door, and as he watched, it opened.

A man stepped through the door. There was terror in the man’s face, and arrogance, and pride. The man, who wore expensive clothes, took several hesitant steps into the room, and then stopped.

When he saw the man, he understood.

“Time is fluid here,” he said to the new arrival.

Please support the bands by buying their records and going to their shows. Click on each band name for more info. All of the songs on 640.078 were either offered as free downloads, or were purchased legitimately. 6forty project does not support illegal file sharing, nor do we participate in torrent downloads of the records that are featured on this web site.