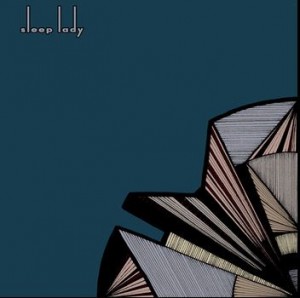 So she was considering in her own mind (as well as she could, for the hot day made her feel very sleepy and stupid), whether the pleasure of making a daisy-chain would be worth the trouble of getting up and picking the daisies, when suddenly a White Rabbit with pink eyes ran close by her.

There was nothing so very remarkable in that; nor did Alice think it so very much out of the way to hear the Rabbit say to itself, ‘Oh dear! Oh dear! I shall be late!’ (when she thought it over afterwards, it occurred to her that she ought to have wondered at this, but at the time it all seemed quite natural); but when the Rabbit actually took a watch out of its waistcoat-pocket, and looked at it, and then hurried on, Alice started to her feet, for it flashed across her mind that she had never before seen a rabbit with either a waistcoat-pocket, or a watch to take out of it, and burning with curiosity, she ran across the field after it, and fortunately was just in time to see it pop down a large rabbit-hole under the hedge.

In another moment down went Alice after it, never once considering how in the world she was to get out again.”

With the release of ‘So Long Lonely Ghost,’ San Diego’s Sleep Lady takes us on a wondrous adventure down the rabbit hole, delivering eight magically delicious tracks that are heavy and dense one minute, delicate and quiet the next. At its core, this is a heavy rock record that sounds best when spewing from your speakers at blazing volume. Your first taste of its strength comes at the 2 minute 40 second mark of the opening song ‘Billions and Billions’ when the drums kick in and confidently anchor the thickly-layered guitars and electronics. I really love how deep and rich this song sounds – it’s obvious that the band spent a lot of time working to get the perfect balance from the recording (expertly engineered by Sleep Lady guitarist, Mario Quintero, at AudioMQ).

‘There Are No Happy Accidents’ begins with a reach back to the rural psychedelia of the early Amp records, hazy and mellow. But then a music-box transition soon leads the song into a trudging Sleep Lady sonic assault, setting the stage for the nine minute epic, ‘Drugged by the Sun.’ I’m not sure why (maybe it’s because I’m writing this while in-flight, jet-lagged and exhausted, having just finished reading Clive Barker’s short novel ‘The Adventures of Mr. Maximillian Bacchus and His Travelling Circus’ before this current roadtrip), but this song reminds me of the circus that would pull in to town late at night in the summer of our youth, and set up in the parking lot of the local fire department. Of course, the site of this spectacle excites the children, but the grown-ups look at the rickety construction with reserved concern. Ride at your own risk; the smart folks stick with the games and the fun house. The quiet moments of ‘Drugged’ still have an underlying edge and sweet creepiness, and the heaviness cuts through you like the metallic squeals of the racing coaster.

‘Weak Chin’ is the record’s meat grinder – slow motion sawing guitars over layered electronics and a churning rhythm. A dark, psychedelic, sludge-metal theme to a 70’s biker/slasher film. I really enjoy this song.

And then we get ‘Someone’s Gotta Win’ – a homage to the great indie-rock roadtrip songs of the mid-90s. I hear the best of Sonic Youth, Lilies, Stereolab, Underground Lovers, Kinski, Tsunami – summer songs, perfect for afternoons spent throwing the Frisbee, drinking beer, record shopping, and hanging out with friends. This one is definitely different than the first four songs on the record, but that’s one of the things I like most about Sleep Lady – they’re not afraid to keep the listener engaged with dramatic changes in style. Always interesting, and always something new to discover in each song.

I can’t really say that I have a favorite track on the record. Each song is so uniquely different that one day I prefer the heaviness of ‘Weak Chin,’ and the next day, I’m dancing around the room with my daughters while ‘Someone’s Gotta Win’ is cranking. But there’s something about ‘I Wanted To Be A Penguin Forever’ that really hits home for me. Maybe it’s the fact that the song perfectly blends post-rock, Bristol UK psych/space/rock, and 90s shoegaze – the three styles that have consumed me for the last 20+ years. Everything works on this track – dreamy vocals, heavy swirling guitars, and wonderfully melodic keyboards. The essence of the Sleep Lady sound.

As a prelude to the final song on the record, the band treats us to a fantastic acoustic composition that is clean, light, and so nice. ‘Night Moves’ gives the listener a chance to take a break from the complexity and heaviness of the other tracks. Looping and layered acoustics are the highlight here – a lovely melody that allows the guitar work to shine.

The final track, ‘These Fucking Worms,’ is a beast. Anchored by the now-familiar Sleep Lady rhythms, the guitars chime and weave, and slowly build to a churning climax. It’s heavy and tight, right up to the end, taking you to the cliff’s edge and leaving you there to catch your breath.

I’ve enjoyed Sleep Lady’s music since first hearing 2010’s ‘Fighting For The Year’. Their sound is unique and always interesting – intelligent music that will appeal to listeners who have an appreciation for the music that seeded this scene, and who are looking for a perfectly dynamic post-rock record that sounds great both on quiet nights and rowdy days. This one is definitely high on my 2012 favorite releases list.

” ‘Oh, I’ve had such a curious dream!’ said Alice, and she told her sister, as well as she could remember them, all these strange Adventures of hers that you have just been reading about; and when she had finished, her sister kissed her, and said, ‘It was a curious dream, dear, certainly: but now run in to your tea; it’s getting late.’ So Alice got up and ran off, thinking while she ran, as well she might, what a wonderful dream it had been.”