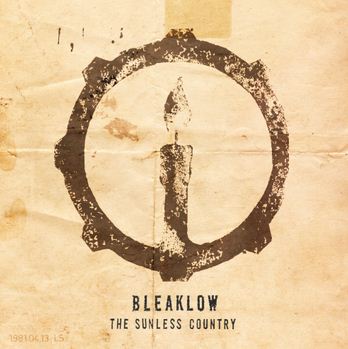 The guys from Bleaklow did this one right – they knew that the final mix was going to be 20+ minutes long, so they leaked teasers, a few minutes at a time, over a period of weeks leading up to the release date, wetting our appetites for the final product. And the wait was definitely worth it – the full version clocks in at a massive 23 minutes and 58 seconds and is truly an epic rock beast. It’s textbook Bleaklow – relentless, pummeling, and absolutely perfect. If you’re already a fan of the band’s music, you’ll be pleased with this EP (especially if you managed to get one of the 25 hand-stitched CDs). If you’re not familiar with Bleaklow, here’s what I think…

I really enjoy being consumed by the books that I’m reading, and I often try to find music that “fits” with the intensity of the story (for 6forty playlists, of course). Lately, I’ve been enjoying The Arthur Series by Bernard Cornwell. In the books, the combined forces of the British kingdoms repeatedly face the invading Saxons in a battle formation know as the shield wall. A shield wall was a “wall of shields” formed by soldiers standing in formation shoulder to shoulder, holding their shields so that they overlap. Each man benefits from the protection of his neighbor’s shield, usually the man to his right, as well as his own. The soldiers in front have small swords for thrusting (no room for swinging large weapons), while the ranks behind use spears to reach the enemy. It’s brutal, slow, close combat. Described here by Derfel Cadarn (the main character) in book three, ‘Excalibur,’ during the battle of Mynydd Baddon:

“Aelle’s forces had pulled back a half-mile from Aquae Sulis before forming their line and now they waited for Arthur’s attack. Tewdric’s men marched under the Christian God, and at last, after straightening their shield wall, they closed on the enemy. I expected to see a conference between the lines as the leaders of the armies exchanged their ritual insults and while the two shield walls judged each other. I have known shield walls to stare at each other for hours while men summoned the courage to charge, but those Christians of Gwent did not check their pace. There were no meeting of opposite leaders and no time for the Saxon wizards to cast their spells, for the Christians simply lowered their spears, hefted their oblong shields that were painted with the cross, and marched straight through the roman graves and into the enemy’s shields. We heard the shields clash on the hill. It was a dull grinding sound, like thunder from under the earth, and it was the sound of hundreds of shields and spears striking as two great armies smashed head to head. The men of Gwent were stopped, held by the weight of the Saxons who heaved against them, and I knew men were dying down there. They were being speared, being chopped by axes, being trampled underfoot. Men were spitting and snarling over their shield rims, and the press of men would be so great that a sword could hardly be lifted in the crush.” (Excalibur, Bernard Cornwell, copyright 1997)

This EP is like a shield wall, solid, heavy guitar riffs on top of a trudging/driving rhythm section. It’s an excellent match for Pendragon legends – the kingdoms loyal to Arthur (500 AD) were fighting to rid England of the Saxon advance and life was a constant struggle. Bleaklow provides the perfect soundtrack to this desperate and dark story. No post- labels necessary for this record. ‘The Sunless Country’ is simply 24 minutes of perfect rock music. Or to describe it using Cornwell’s words, it’s “thunder from under the earth.”

The band has generously offered The Sunless Country as a ‘name your price’ download via their Bandcamp page. And definitely be sure to check out their other releases – all are great. 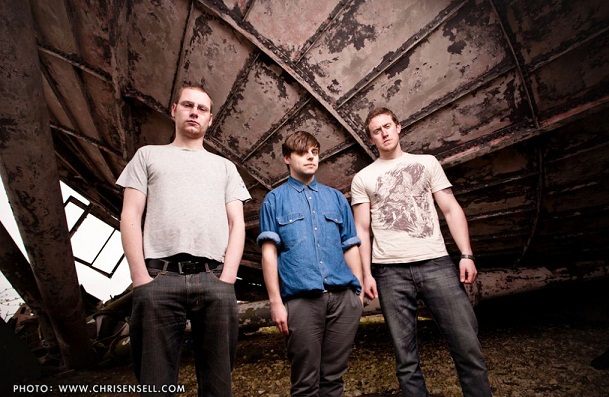 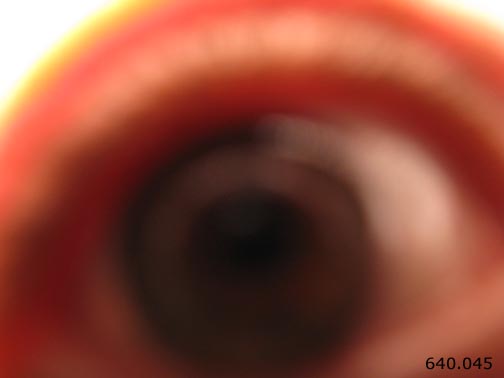 This collection features 11 bands that have been filling my ears over the last few weeks. Not only is it a perfect accompaniment to my reading, but it also works nicely with our transitioning weather. Give this one a serious listen – it’s 66 minutes of really great music.

Back in the mid-80s, a friend introduced me to Independent Project Records, a small DIY label/art studio based in Los Angeles. Founder/creative director/artist/musician Bruce Licher built the label as the vehicle to release his own band’s material, as well as that of like-minded musicians from the LA area. The IPR ‘sound’ was unlike anything else happening in the independent music scene at the time. Stark, desert-soundscapes; post-punk angular tribal/rock rhythms; and extended electro/acoustic improvisations, delivered in stunning hand-letterpressed sleeves – artwork and music both highly influenced by the natural beauty of the Western United States. I was (and still am) completely consumed by the IPR releases; records from Savage Republic, 17 Pygmies, Scenic, Lanterna and others were constantly spinning on my turntable.

Independent Project Records’ output continued throughout the 90s, and much to my delight, they were joined in the scene by new labels whose rosters included bands that were releasing music that seemed to be heavily influenced (whether intentional or not) by the foundation built by the IPR family. Kranky, Alien8, Quarterstick, and of course, the mighty Constellation Records, all offered listeners access to music that integrated field recordings, extended improvisational guitar soundscapes, strings, horns, alternative percussion, and a strong emphasis on the visual element. Videographers and photographers were invited to integrate their work into these compositions, both on the physical releases (record sleeves and inserts), and on stage, using the music as a soundtrack to further enhance the impact of the visual display. Three bands that come to mind during this period – Rachels, Hovercraft, Godspeed You! Black Emperor – perfected the integration of film with their live performances. The visual aspect, in my opinion, was just as important as the instrumentation – the bands offering it as a core component of their package, both in their releases, and in the live setting.

This marriage of art and sound continues today, and has been embraced by more bands than ever before. A perfect example of this integration can be seen (and heard) in the work of French experimentalists, Oiseaux-Tempête. My first exposure to the sights and sounds of Oiseaux-Tempête was via their release teaser on their website, and a few shorts on youtube. I was hooked immediately by their their dark, organic soundscapes, wrapped around a montage of stunning visuals. So I went looking for more, and I found these two brilliant long-players: Temps Zero Toulouse : live impro + fotoprojektions [link] and Ouroboros (featuring Gareth Davis), Live at Eglise Saint-Merry, Les Rendez-Vous Contemporains, 26.04.2013 [link], along with their self-titled debut, out on Sub Rosa Records [link].

Minutes in to first track ‘Opening Theme (Ablaze in the Distance),’ while the repeating wail of the guitar slowly builds like a stark siren in the desert, I’m reminded of the extended instrumentals created by mid-period Savage Republic, as well as on later releases from Godspeed. And since I’m a huge fan of both bands, I knew that this record was going to be a special one for me. You’ll notice as you work through the 9+ minutes of ‘Opening Theme,’ that the band doesn’t rush the compositions – each song has a strong sense of paced completeness, whether it’s a 2 minute interlude such as ‘Sophia’s Shadow,’ or the 17+ minute epic ‘Ouroboros.’ Field recordings, found sounds/experiments, and an occasional voice, integrate perfectly with traditional instrumentation to further develop each song’s story, and to provide added depth and interest to the longer tracks. Recently, I’ve been streaming the fotoprojektions video with no sound while the album plays. Although the images aren’t in sync, I feel that this allows me to experience the record as it was truly meant to be – blending a strong visual element to accompany the music.

‘Buy Gold (Beat Song)’ picks up the pace a bit, delivering a structured looping melody that builds to a much heavier guitar distortion, reminiscent of Crispy Ambulance, other early Factory releases, and first wave Constellation. It’s a confident, strong track that compliments the longer more experimental segments of the record. And it’s a perfect introduction to ‘la traversée’ and ‘Nuage Noir’ – the transition tracks – a collage of sounds and texture, acoustic/ambience, somber, yet ethereal – lovely songs.

The second half of the record begins with the dark post-punk sounds of ‘Kyrie Eleison’ – bass-heavy, industrial rhythms, sampled recordings, driving percussion. I really like the fact that the band chose to include this song. Although stylistically different than everything else up to this point, it still fits well with the movement of record, and contrasts nicely with the delicate sections of ‘Silencer,’ the second interlude that follows. Images of silent films, weathervanes, falling leaves.

A barking dog introduces ‘Ouroboros,’ the 17+ minute epic that anchors this release and firmly places it at the top of my favorites list for 2013. The first half moves at a leisurely pace – repeating guitar explorations, occasional feedback, and stark rhythms. The heaviness begins at the 10-minute mark – a slow build that crescendos into a wall of wailing guitars, riding on a churning low-end. If you enjoy the extended sonics of Fourteen Nights at Sea, ‘I Could Live In Hope’-era Low, Godspeed, and Swans, you’ll enjoy this one. I highly recommend watching the ‘Ouroboros’ Vimeo link that I mentioned above. Gareth Davis on bass clarinet is an outstanding addition.

‘Call John Carcone’ is a rock song. And one that is so perfectly reminiscent of the early IPR releases (specifically, Savage Republic and Deception Bay) that I can almost picture in my head what Bruce’s design would look like on the letterpressed sleeves. Searing monotone guitars, staccato snare, waves of controlled feedback, and driving bass. The only bad thing about this song is the abrupt ending after only 6 minutes – I wouldn’t mind if they extended this beast another 4-5 minutes.

The album wraps up with two subdued soundscapes. ‘l’île’ oozes with throbbing electronics for several minutes, and then transitions to a wash of bass clarinet, vocal-effects, and synth/drones. ‘Outro (for the following)’ is a brief experiment, and goes out in silence.

Oiseaux-Tempête is visual music; rich in texture, depth, and color. A peaceful, yet subtly challenging release, offered to listeners as an escape from a chaotic world. My only disappointment is a selfish one (since I live in the US) – I’ve not had the opportunity to see them in a live setting, to experience the band as they explore and improvise through their set, consumed by the music and accompanying imagery. For now, I’ll have to settle for headphones, volume, and pictures on a screen. Unless of course, you’re a wealthy patron interested in sponsoring a 6forty project post-rock festival here in the States, and are willing to fund travel expenses for a few select bands. Now that would be a grand adventure…

Please take the time to explore the world of Oiseaux-Tempête. Turn off your phone, lower the lights, relax in a comfortable chair, turn up the volume and start with ‘Ouroboros’ [link]. Your eyes and ears will thank you…