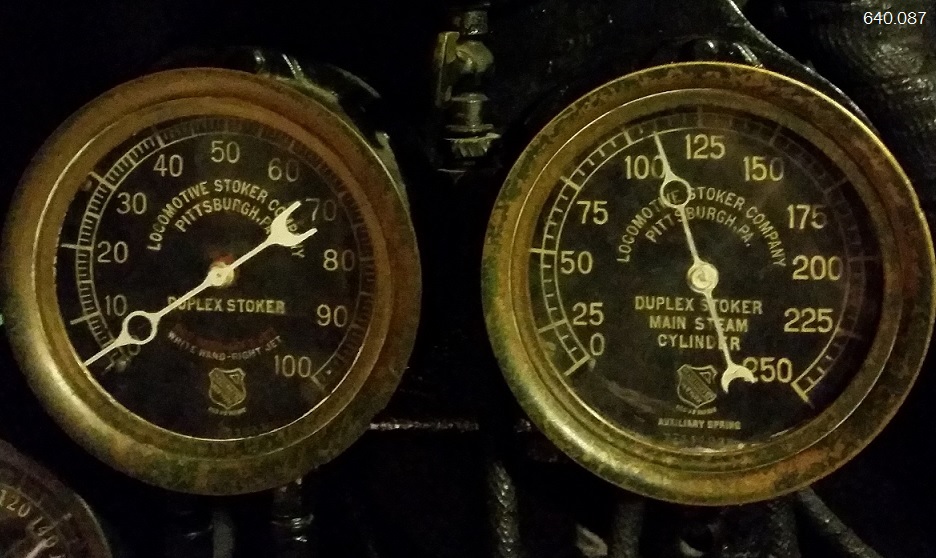 With the year 1926 came an outstanding event in Baldwin’s history, for at that time the Works was ready to build its sixty-thousandth locomotive. To symbolize this event President Samuel M. Vauclain planned and built a huge three-cylinder compound, high-pressure locomotive. It was of the 4-10-2 type and closely resembled engines with this wheel arrangement on the Southern Pacific Railroad. To safely accommodate the high boiler pressure of 350 lb. per square inch, a water-tube firebox was used.

The Baldwin 60000 was designed to be the best locomotive ever made. It weighs about 350 short tons, including tender, and can pull a load of up to 7,000 short tons. Its top speed is 70 mph (110 km/h). 60000 was very innovative, carrying unusual technology, including the water-tube firebox. This was intended to improve efficiency, but the tubes tended to burst inside the firebox. It is also a compound, expanding the steam once in the inside cylinder and then again in the two outside cylinders. Although compounding increased efficiency, it was an extra complication that the US railroads had mostly rejected by the middle twenties. Also, the weight and length of the engine was too much for all but the heaviest and straightest track.

This locomotive was experimental and was meant to be the model for future development.

All of the songs on 640.087 were either purchased legitimately or were offered for free. For more information about the music featured on this collection, please click on the band names in the list below.

From the book The Locomotives that Baldwin Built by Fred Westing (Baldwin Locomotive Works in Eddystone, Pennsylvania)