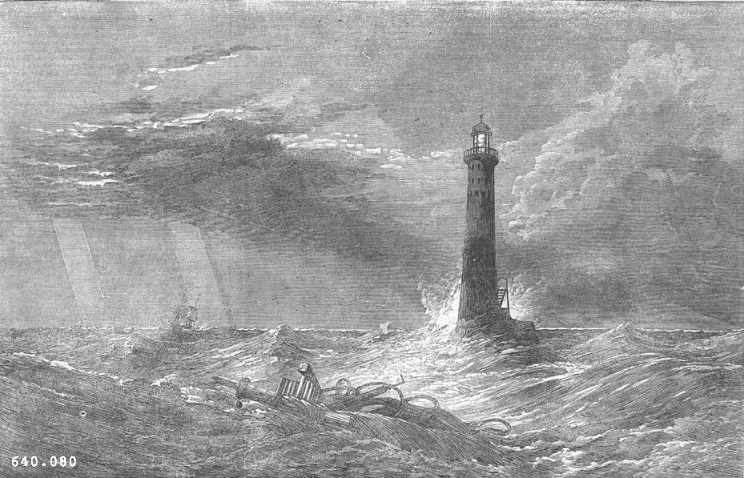 Descending toward the trees, Pitchwife began to sing. His voice was hoarse, as if he had spent too much of his life singing threnodies; yet his song was as heart-lifting as trumpets. His melody was full of wind and waves, of salt and strain, and of triumph over pain. As clearly as the new day, he sang:

“Let breakers crash against the shore–
let rocks be rimed with sea and weed,
cliffs carven by the storm–
let calm becalm the deeps,
or wind appall the waves, and sting–
and sting–
nothing overweights the poise of Sea and Stone.
The rocks and water-battery of Home endure.
We are the Giants,
born to live,
and bold for going where the dreaming goes.”

“Let world be wide beyond belief,
the ocean be as vast as time–
let journeys end or fail,
seaquests fall in ice or blast,
and wandering be forever. Roam–
and roam–
nothing tarnishes the poise of Sea and Stone.
The hearth and harbotage of Home endure.
We are the Giants,
born to sail,
and bold to go wherever dreaming goes.”

And when at last the storm broke, opening a rift of clear sky across the east, there against the horizon stood the lorn stump of Coercri’s Lighthouse.  Upraised like a stonework forearm from which the fist had been cut away, it defied weather and desuetude as if it were the last gravestone of the Unhomed. (Stephen Donaldson ‘The Wounded Land’ 1980 Del Rey Books)

Please support the bands by buying their records and going to their shows. Click on each band name for more info. All of the songs on 640.080 were either offered as free downloads, or were purchased legitimately. 6forty project does not support unauthorized downloading of the records that are featured on this web site.

Image by Clarkson Stanfield, R. A. (unsigned), 1855, for the private theatricals at Campden-House, Illustrated London News