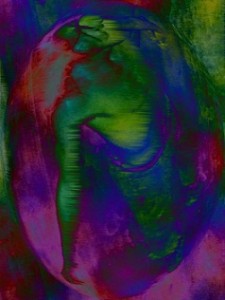 Braavos was a city made for secrets, a city of fogs and masks and whispers. Its very existence has been a secret for a century, the girl had learned; its location had been hidden thrice that long. “The Nine Free Cities are the daughters of Valyria that was,” the kindly man taught her, “but Braavos is the bastard child who ran away from home. We are a mongrel folk, the sons of slaves and whores and thieves. Our forebears came from half a hundred lands to this place of refuge, to escape the dragonlords who had enslaved them. Half a hundred gods came with them, but there is one god all of them share in common.”

“Him of Many Faces.”

“And many names,” the kindly man had said. “In Qohor he is the Black Goat, in yi Ti the Lion of Night, in Westeros the Stranger. All men must bow to him in the end, no matter if they worship the Seven or the Lord of Light, the Moon Mother or the Drowned God or the Great Shepherd. All mankind belongs to him…else somewhere in the world would be a folk who lived forever. Do you know of any folk who live forever?”

There’s a lot of really great music on this collection – please take a few minutes to support these bands by buying their records. I realize that a few of these releases are older and may be difficult to find – send me an email if you need more information about anything you’re hearing. And I would really appreciate it if you would let me know that you’re listening. You can find me here – 6forty on twitter ::  6forty on facebook ::  mike@6forty.com

I really wish that I had more time to write reviews, but my work and home schedule tend to consume most of my awake hours. Lately, the best time to write is when I’m business traveling – long hours trapped on a plane with music in my ears is the perfect opportunity to catch up on my extensive backlog. This afternoon, I’m on my way to Seattle, so I have plenty of time to write about a few of the records that I’ve been enjoying lately. 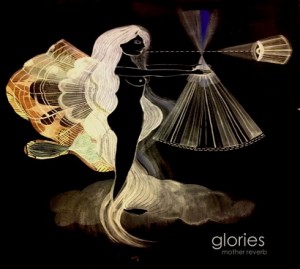 Glories ‘Mother Reverb’
This has been an amazing year for new releases. So instead of focusing on just one new record, three bands are going to share this space. The first is Glories. Their record ‘Mother Reverb’ has been on heavy rotation lately – it’s an outstanding collection of smooth and melodic instrumental rock. The other day as I was settling in to work, the sun was just coming up, and the morning fog was perfectly lit as it slowly faded. ‘Pagan Holiday’ was streaming – I really couldn’t imagine a better soundtrack for the moment. Blissfully chiming guitars; gentle yet powerful swells; and such easy movement. Highly recommended for fans of Explosions in the Sky’s ‘Friday Night Lights,’ Red Room Cinema, Rest (Nashville, US), Sunlight Ascending’s ‘Appointment’ EP, and Moonlit Sailor. This is a wonderful collection of music – definitely a post-rock gateway drug. 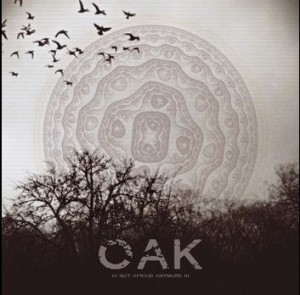 Oak ‘Not Afraid Anymore’
I am, and always have been, a big fan of heavy (instrumental) rock. Growing up in the 70s with older brothers who introduced me to all of the earliest heaviness, and then through high school, college and beyond – years of industrial and post-punk damage spewing from my speakers, I remain to this day ‘hooked by the riff’ (sorry, I had to say it). Mid-period bands such as Sonic Youth, Rodan, Savage Republic, Major Stars, Labradford, Dust Devils, and Rothko (all growing up in the 70s also), provided me with a massive brainful of trudging guitar rock that was always innovative, complex, and constantly evolving. Of course, I wasn’t the only person to be consumed by these sounds. Over the last ten years, an incredible number of outstanding new bands have continued to experiment with this post-punk heaviness and their own psychedelic rock influences, while adding unique and driving rhythms, and densely melodic compositions.

Oak’s new release ‘Not Afraid Anymore’ is an excellent example of this new breed. The songs are dynamic, brooding and dark. ‘ER, 2am’ oozes with restrained power for many minutes, and then pummels you with a wall of wailing guitars and pounding bass – this ten-minute beast finds itself on repeat often at 6forty HQ. And it’s my go-to song when I’m introducing Oak to new listeners. I really like how the band masterfully handles the numerous transitions in each of the epic-length tracks. No need for vocals here – the varied tempos flow together seamlessly, keeping the listener engaged as the tracks move and weave a thickly settled story.

‘Not Afraid Anymore’ is definitely one of my favorite releases of 2013. Highly recommended for fans of Rest (Cork, Ireland), What The Blood Revealed, Barrows, Fargo, Anna Purna, Red Sparrowes, and Daturah. If you enjoy powerful and intelligent instrumental rock, you will love this record – trust me. Here they are with several other great bands – http://www.6forty.com/?p=1495 640.071 ‘In the Kingdom of the Cuckoo.’ 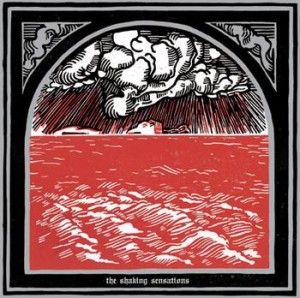 The Shaking Sensations ‘Stop Start Worrying’
The Shaking Sensations second release ‘East of Youth’ was #1 on 6forty’s 2011 favorites list, and is definitely in my top 10 list of best post-rock records. So while I waited for the release of the follow-up, I wondered which direction they would go with their sound, and how it would compare to the numerous strengths of ‘East of Youth.’ Release day arrived in the form of an email with my download code (the CD wouldn’t ship for another few days). Granted, an email with a URL and a few numbers and letters didn’t quite match the fond memories of walking in to the local indie record store and finding it on the new releases rack. But it was still pretty good. A few minutes later, I clicked play, turned up the volume, and settled in for the ride.

‘Start Stop Worrying’ does not disappoint in any way. It’s a perfect follow-up to ‘East of Youth’ – the tracks are lush and melodic, and exhibit many of the same characteristics that made the first two records so enjoyable. The way the band embraces expanding layers of percussion; chiming guitars that weave and soar; perfect transitions between the heavy and soft moments; and my favorite quality – the confidence in the song structure and writing – no need to follow the cookie-cutter post-rock template. Instead, the band delivers six stunning and mature compositions that firmly position them among the best in the instrumental rock genre.

This record is easily as good as ‘East of Youth’ and will definitely live high on 6forty’s 2013 favorites list. It’s guaranteed to appeal to post-rock fans who enjoy the music of Pg.lost, Caspian, Ef, Moonlit Sailor, and Codes in the Clouds. I look forward to hearing these songs live – some day I’ll figure out a way to fund a 6forty music festival that will include The Shaking Sensations on the bill. Maybe I’ll buy a lottery ticket tomorrow… 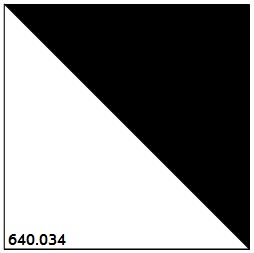 The hooded man was tall, enveloped in a larger version of the black-and-white robe the girl was wearing. Beneath his cowl all she could see was the faint red glitter of candlelight reflecting off his eyes. “What place is this?” She asked him.

“A place of peace.” His voice was gentle. “You are safe here. This is the House of Black and White, my child. Though you are young to seek the favor of the Many-Faced God.”

“Is he like the southron god, the one with seven faces?”

“Seven? No. He has faces beyond count, little one, as many faces as there are stars in the sky. In Braavos, men worship as they will…but at the end of every road stands Him of Many Faces, waiting. He will be there for you one day, do not fear. You do not need rush to his embrace.”  George R.R. Martin, ‘A Feast For Crows’ copyright 2005

Please support these bands by buying their records/merchandise and going to their shows.