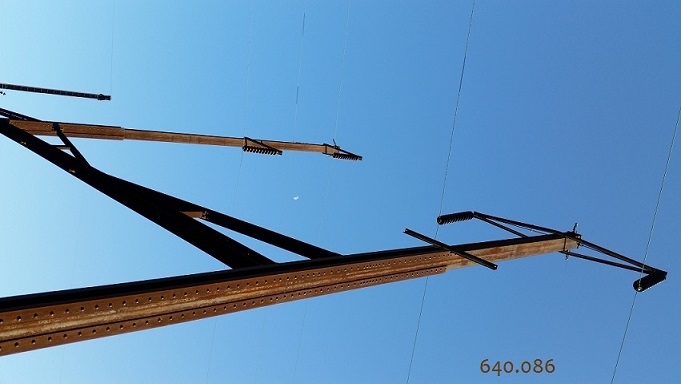 In 1878, the Bell Telephone Company began to use two-wire circuits from each user’s telephone to end offices which performed any necessary electrical switching to allow voice signals to be transmitted to more distant telephones. These wires were typically copper, although aluminum has also been used, and were carried in balanced pairs separated by about 25 cm/10″ on poles above the ground, and later as twisted pair cables. Modern lines may run underground, and may carry analog or digital signals to the exchange, or may have a device that converts the analog signal to digital for transmission on a carrier system. Often the customer end of that wire pair is connected to a data access arrangement; the telephone company end of that wire pair is connected to a telephone hybrid.

In most cases, two copper wires (tip and ring) for each telephone line run from a home or other small building to a local telephone exchange. There is a central junction box for the building where the wires that go to telephone jacks throughout the building and wires that go to the exchange meet and can be connected in different configurations depending upon the subscribed telephone service. The wires between the junction box and the exchange are known as the local loop, and the network of wires going to an exchange, the access network.

All of the songs on 640.086 were either purchased legitimately or were offered for free. 6forty project does not support unauthorized downloading of the records that are featured on this web site. For more information about the music featured on this collection, please click on the band names in the list below.