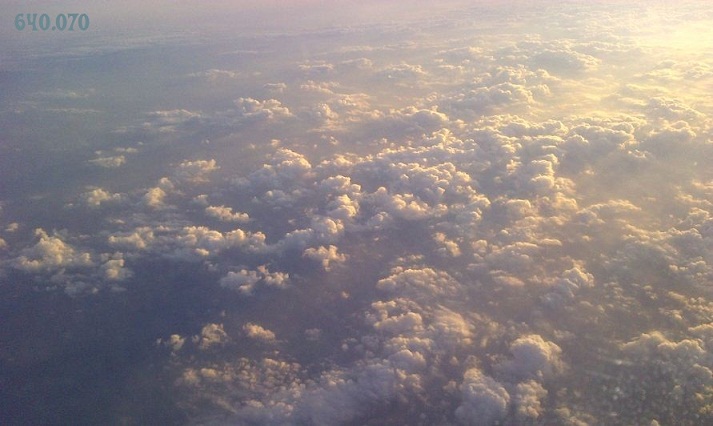 Then suddenly, once again, the BFG went into that magical top gear of his. He began hurtling forward with phenomenal leaps. His speed was unbelievable. The landscape became blurred and again Sophie had to duck down out of the whistling gale to save her head from being blown off her shoulders. She crouched in the pocket and listened to the wind screaming past. It came knifing in through the tiny peep-hole in the pocket and whooshed around her like a hurricane.

But this time the BFG didn’t stay in top gear long. It seemed as though he had some barrier to cross, a vast mountain perhaps or an ocean or a great desert, but having crossed it, he once again slowed down to his normal gallop and Sophie was able to pop her head up and look out once more at the view.

She noticed immediately that they were now in an altogether paler country. The sun had disappeared above a film of vapour. The air was becoming cooler every minute. The land was flat and treeless and there seemed to be no colour in it at all.

Every minute, the mist became thicker. The air became colder still and everything became paler and paler until soon there was nothing but grey and white all around them. They were in a country of swirling mists and ghostly vapours. There was some sort of grass underfoot but it was not green. It was ashy grey. There was no sign of a living creature and no sound at all except for the soft thud of the BFG’s footsteps as he hurtled on through the fog.

Suddenly he stopped. ‘We is here at last!’ he announced. He bent down and lifted Sophie from his pocket and put her on the ground. She was still in her nightie and her feet were bare. She shivered and stared around her at the swirling mists and ghostly vapors.

‘We is in Dream Country,’ the BFG said. ‘This is where all dreams is beginning.’ **